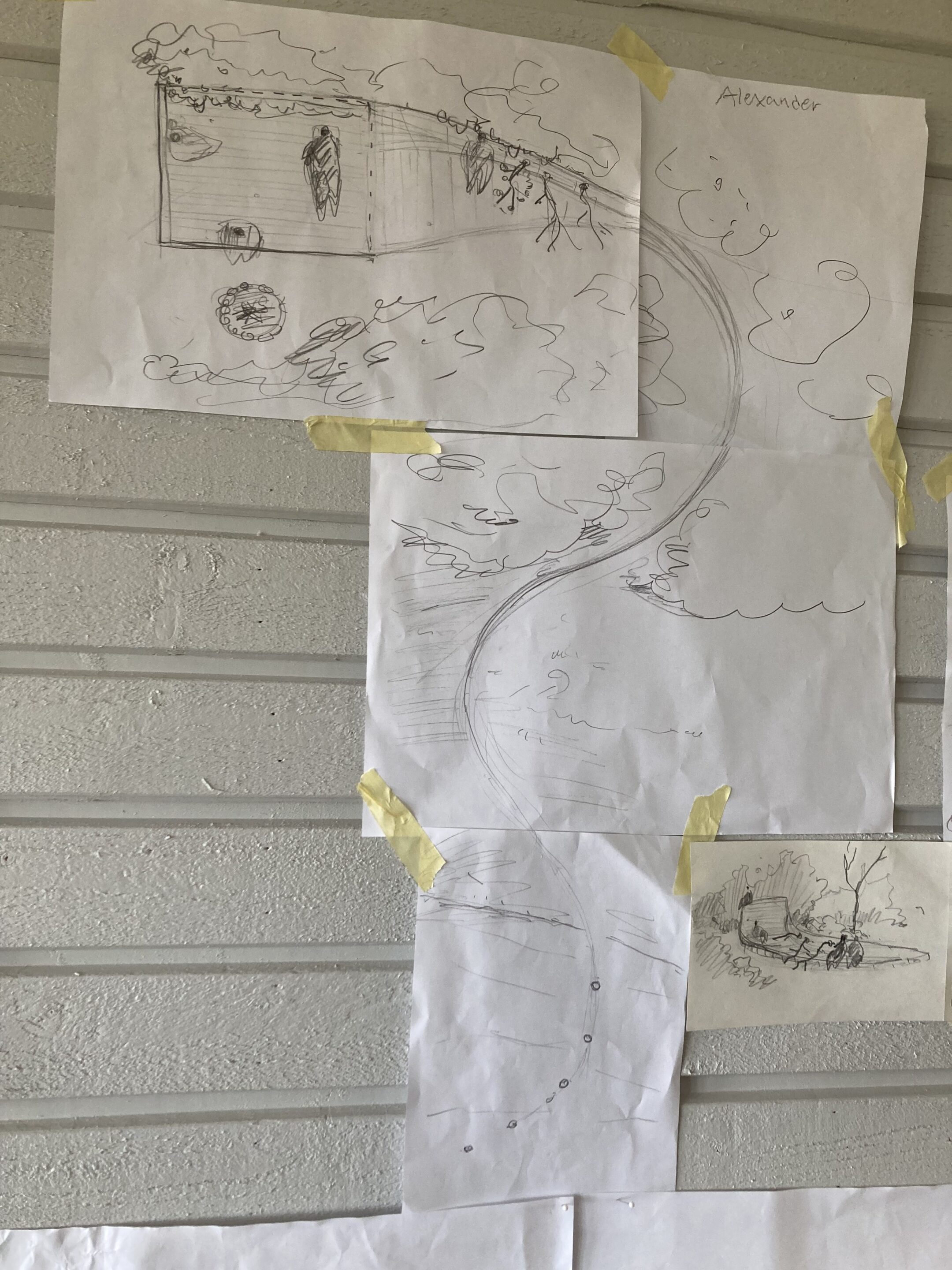 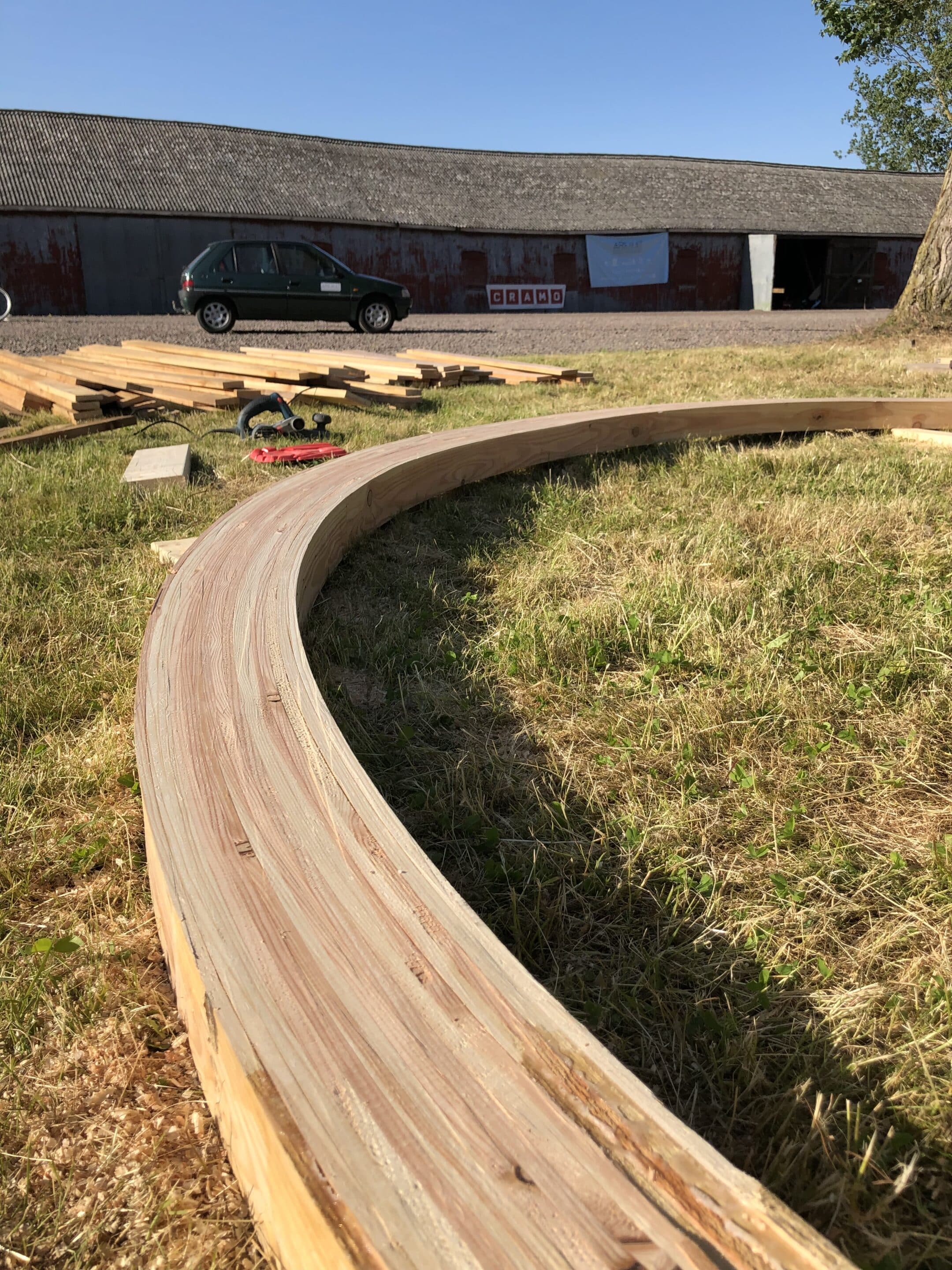 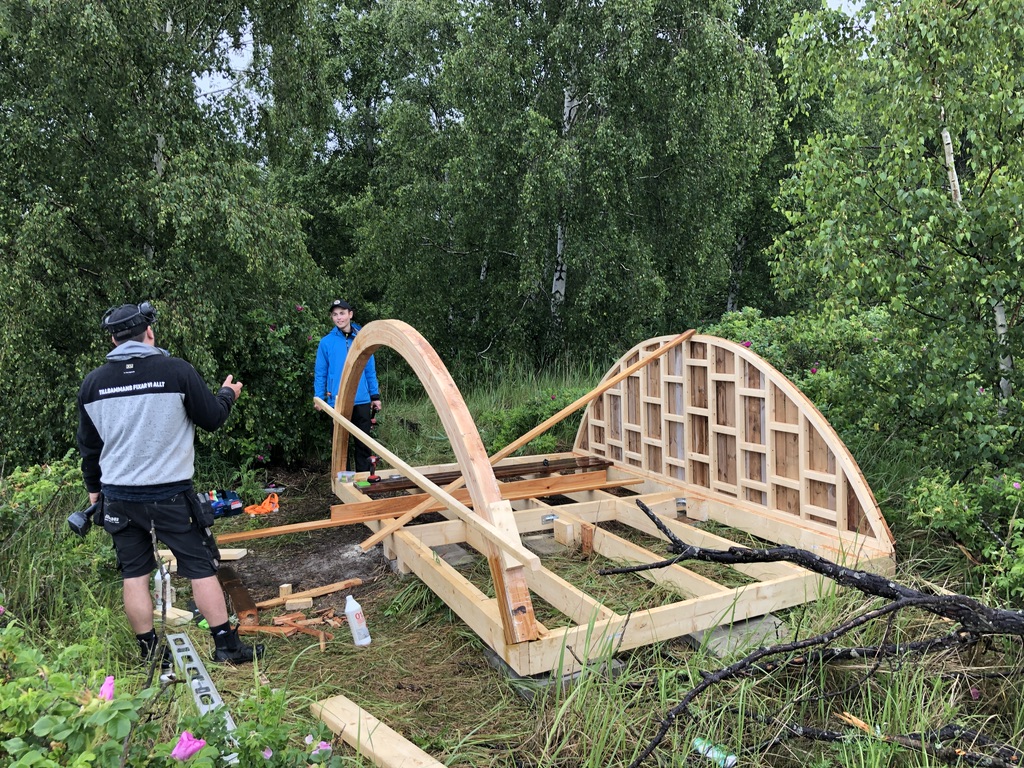 Rising from the water at the Lundåkra harbour, a line of rocks searches its way towards the beach. Upon meeting the shore, the line proceeds as woven fence which meanders amongst the rose bushes before they shift into a wooden walkway. The walkway grows broader and broader, until it culminates in a crashing wave which forms the shelter. The wave is a playful structure which invites visitors to both enter and climb the shelter. The line running from sea, through shore and up to the forest edge connects TIDE to its environment and resonates with the everchanging water levels. During the day, the rocks reveal and hide themselves with ebb and flow of the tide. In a yearly perspective, the water level reaches the entire length of the line. Even further ahead, the Swedish Meteorological and Hydrological Institute (SMHI), estimates that extreme water levels in 2100 might reach over 2,6 m, which would cover most of the shelter. Through its relationship with the water, TIDE accentuates the temporal aspect of the changing shore landscape. Most of all however, the structure encourages visitors to playfully discover their surroundings.

Not hiking? Drive/cycle as south as you can in Lundåkrahamnen. Then walk a few hundred meters east and you’ll see Tide rises.
Coordinates: 55.8568, 12.8540 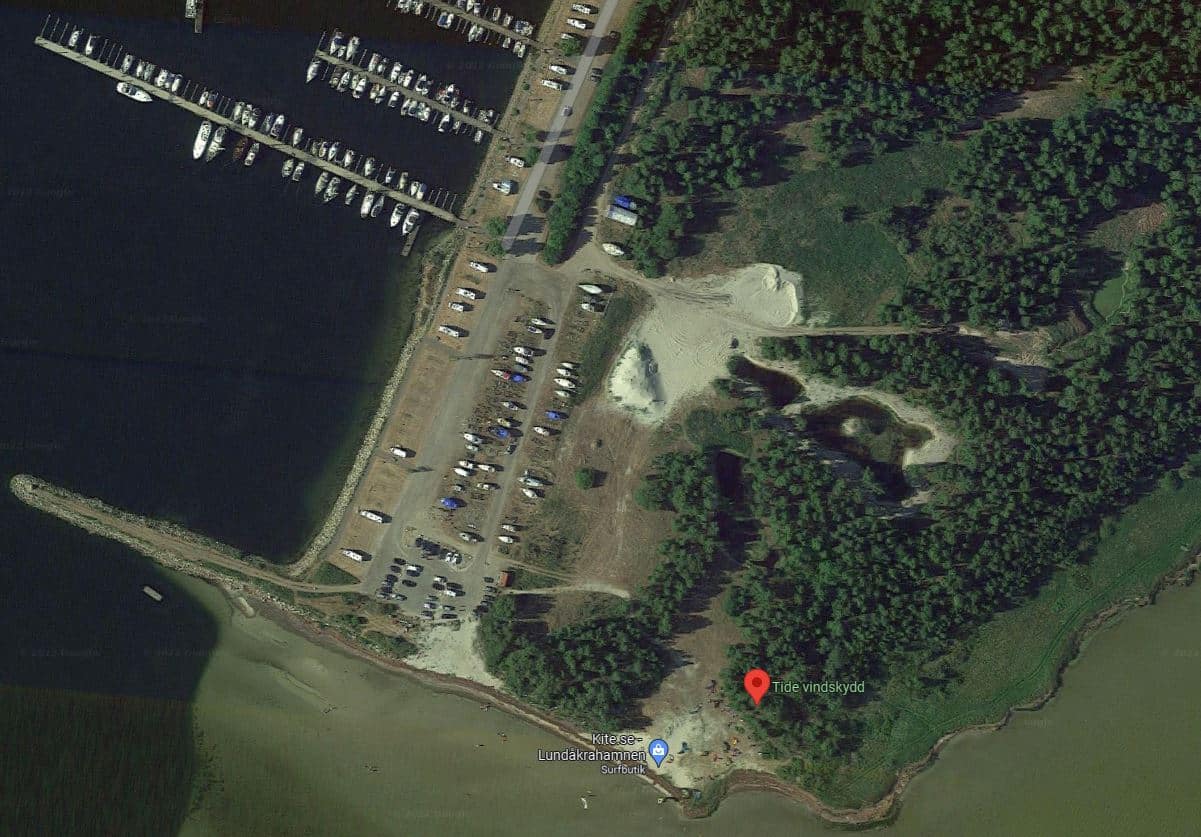 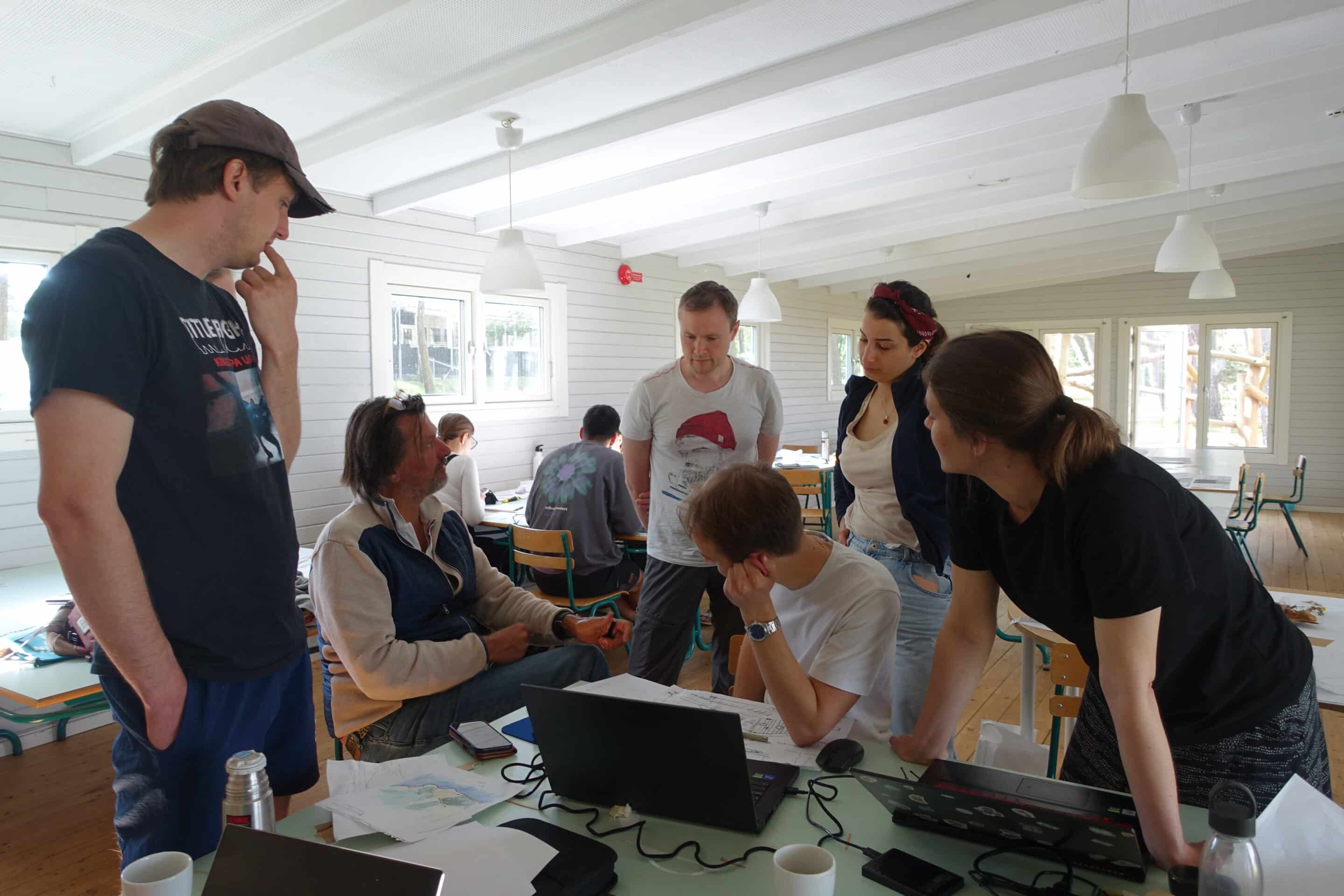 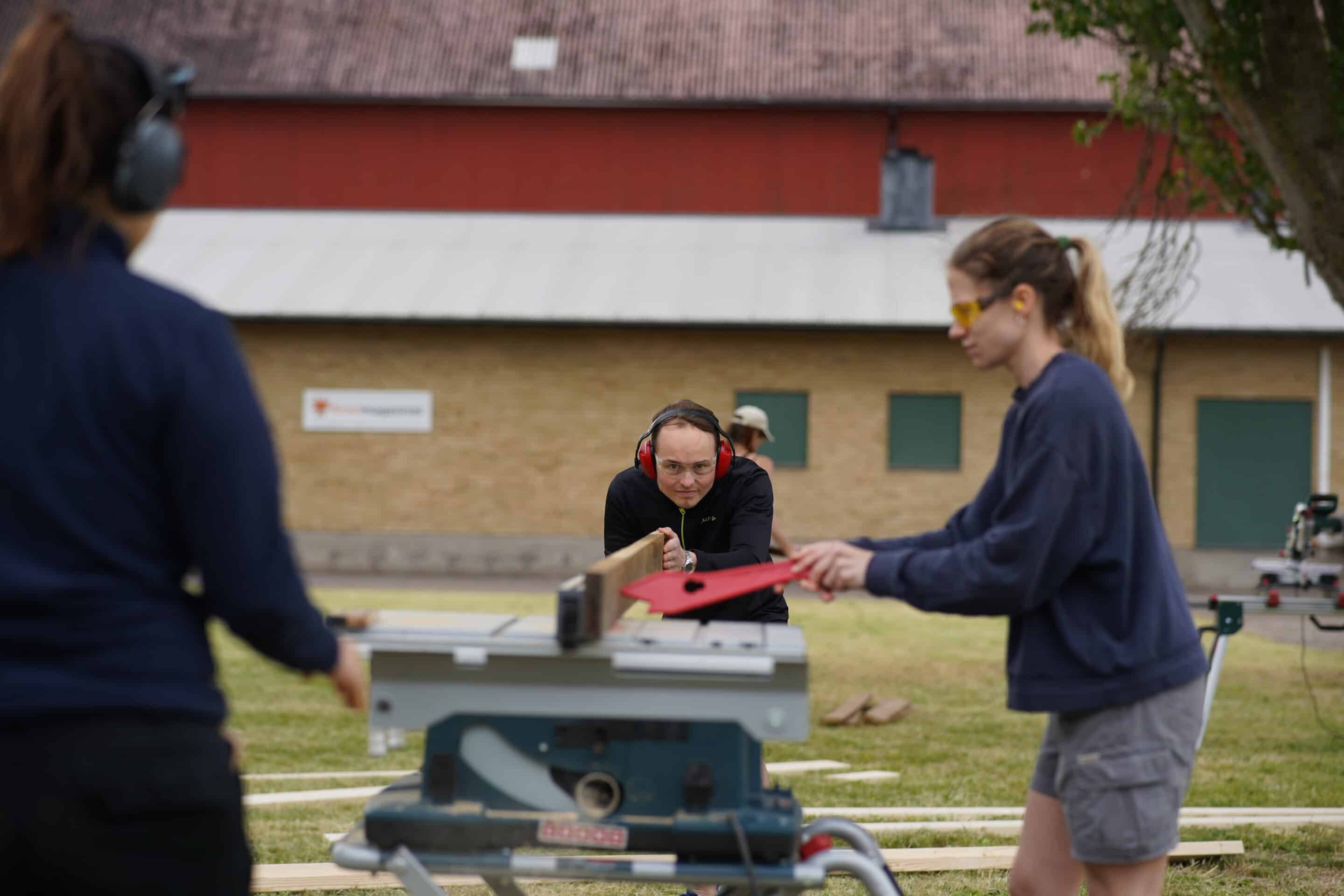 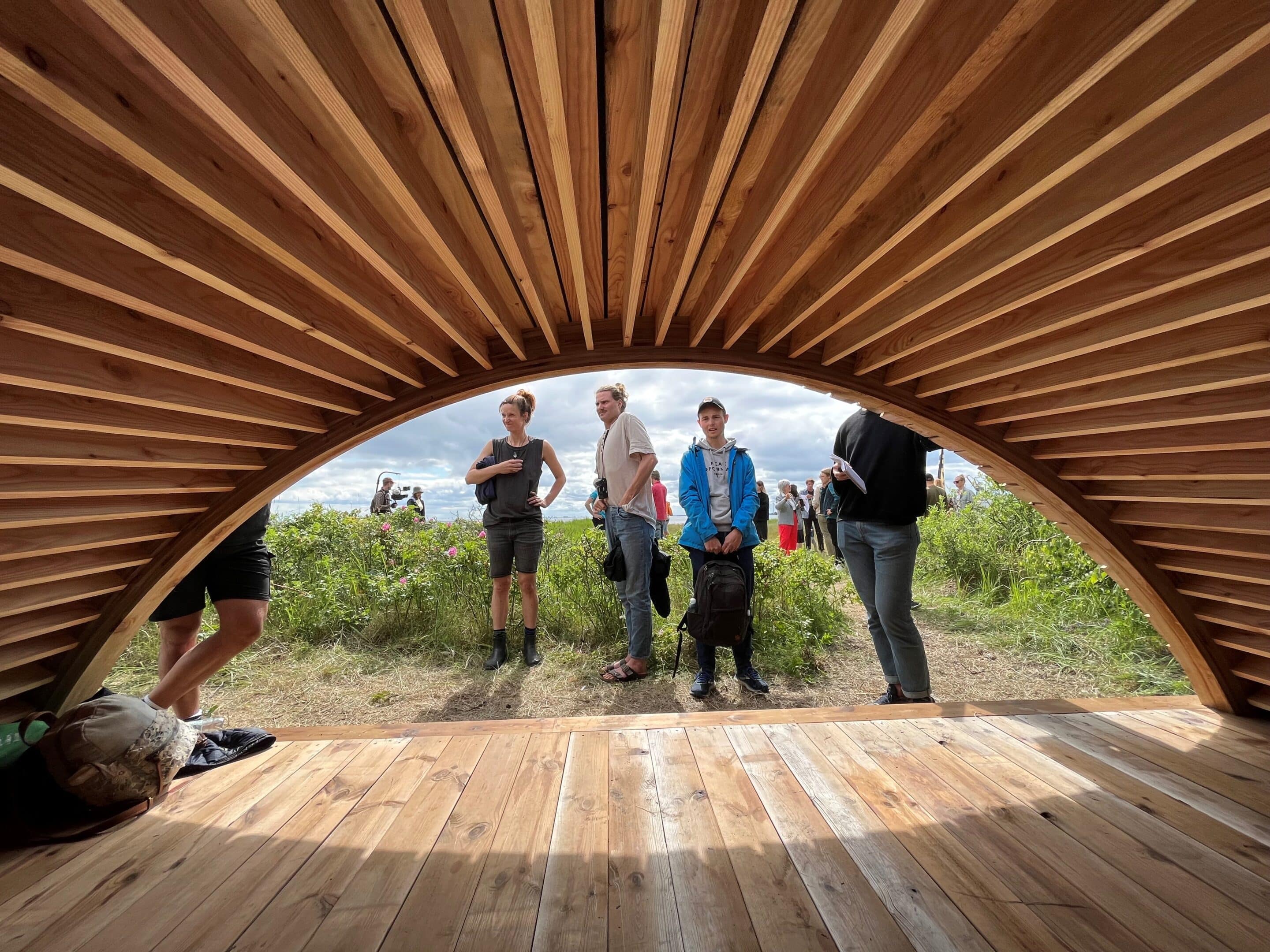 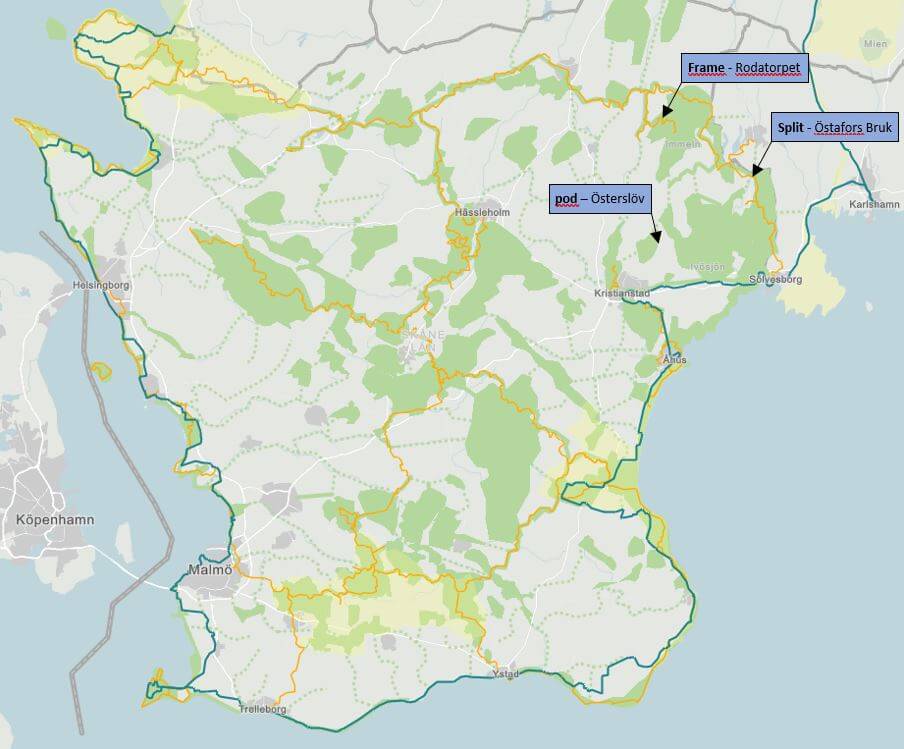 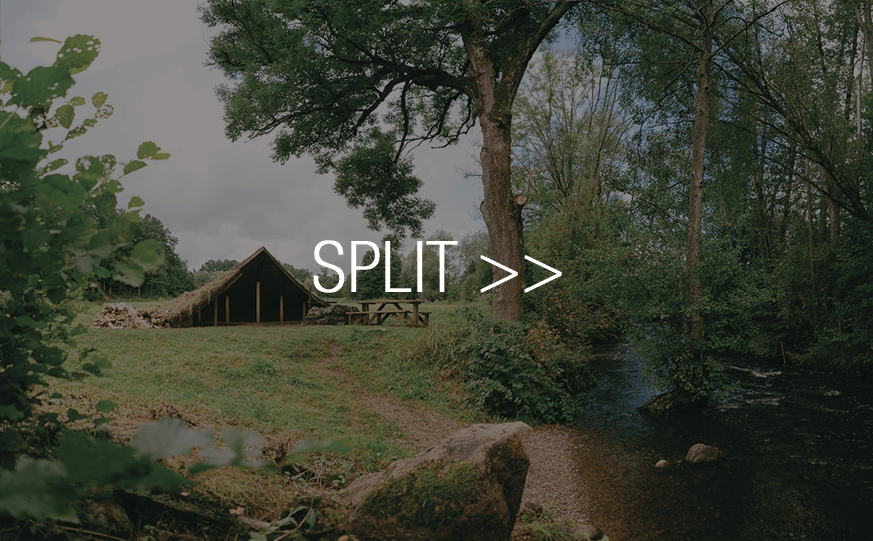 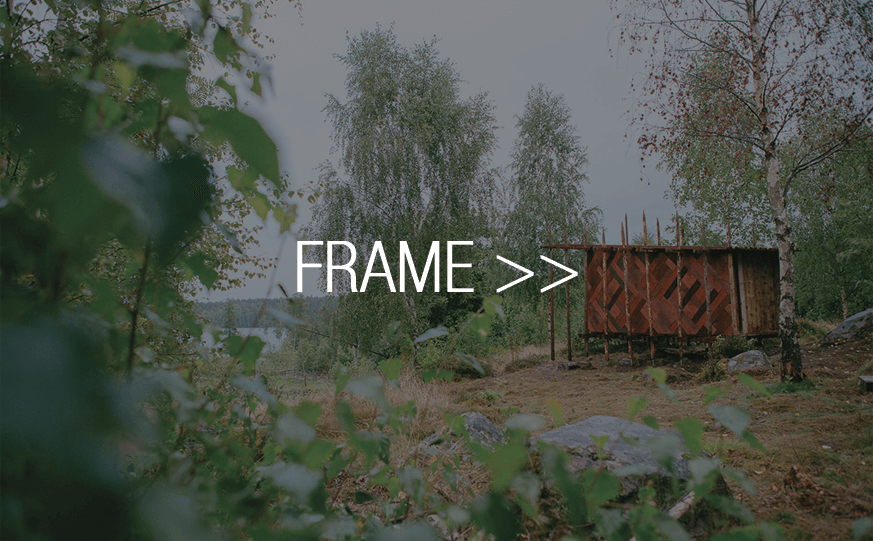 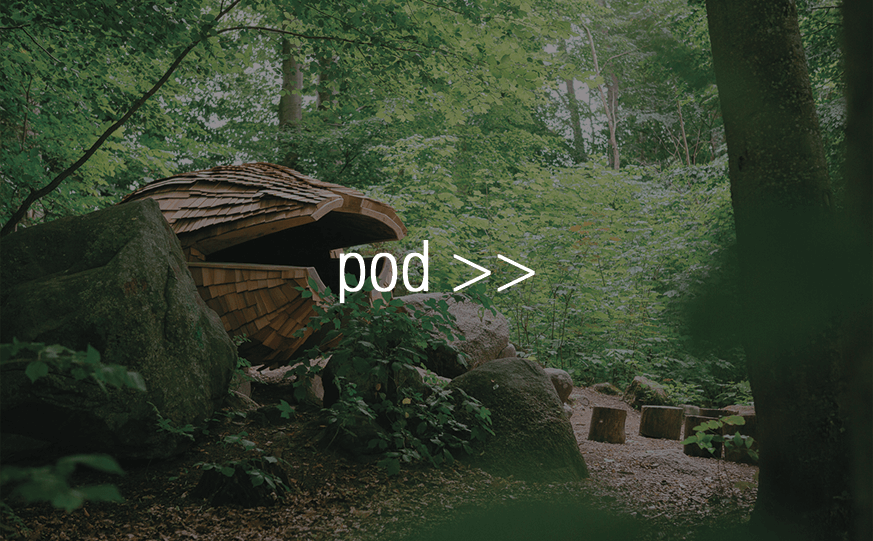 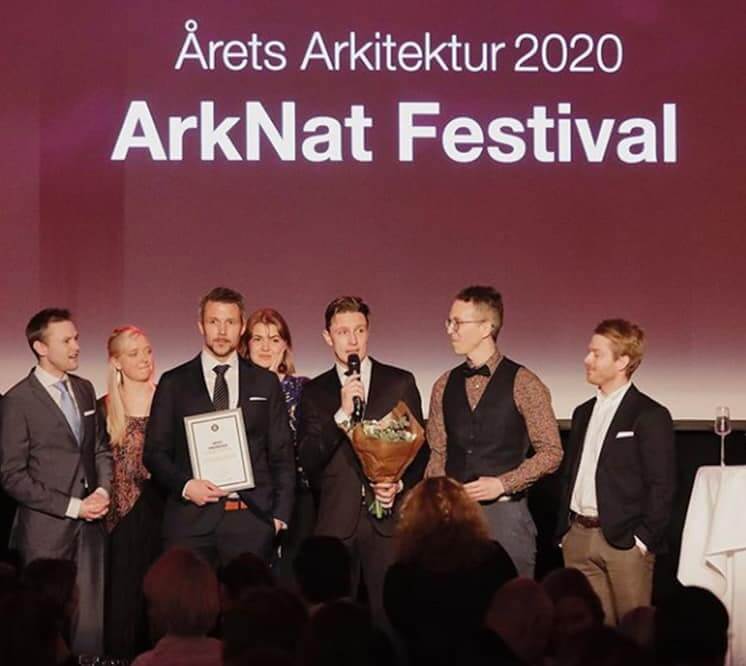 In the year 2020 ARKNAT won the “Architecute of the Year” awards (Årets Arkitektur). The awards was handed out during the Swedish Design Awards by RUM in Stockholm. 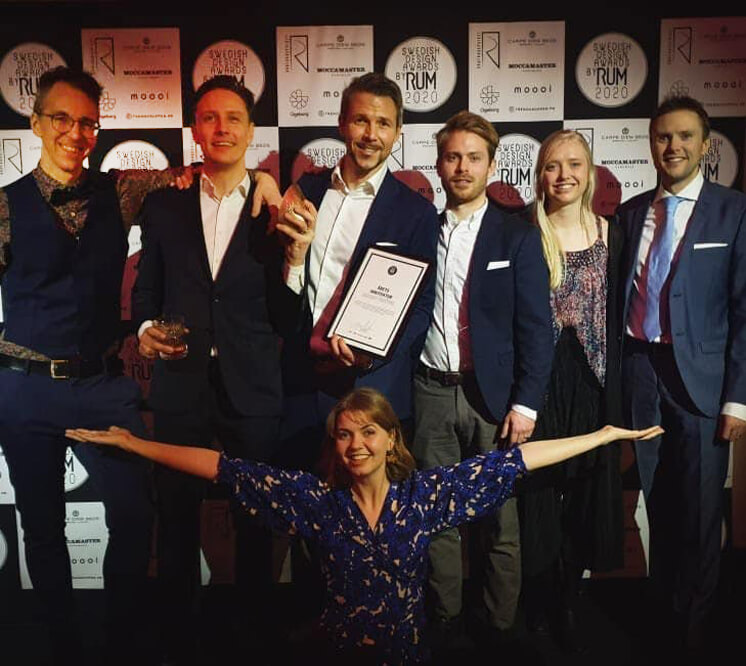